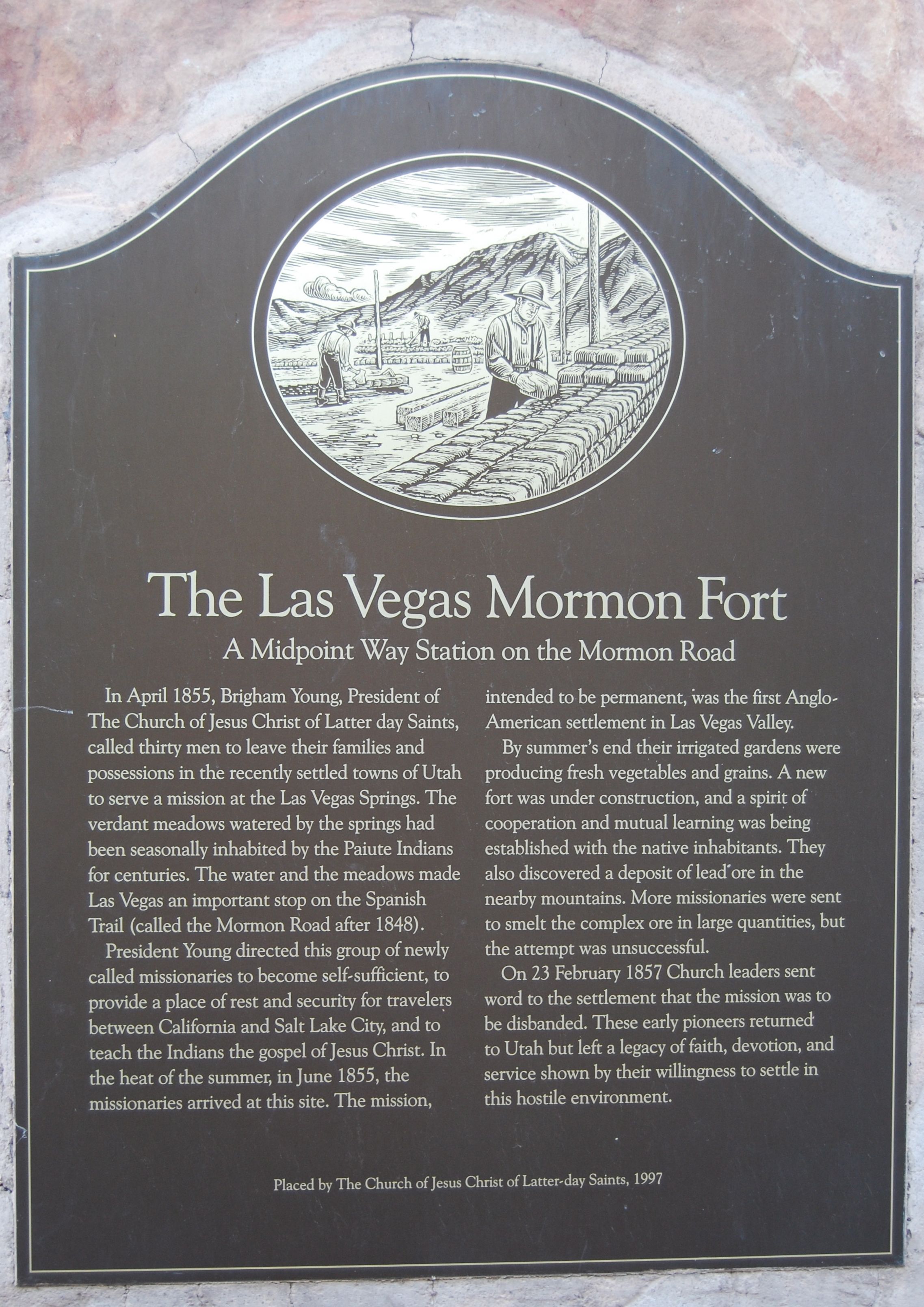 In April 1855, Brigham Young, President of the Church of Jesus Christ of Latter day Saints, called thirty men to leave their families and possessions in the recently settled towns of Utah to serve a mission at the Las Vegas Springs. The verdant meadows watered by the springs had been seasonally inhabited by the Paiute Indians for centuries. The water and the meadows made Las Vegas an important stop on the Spanish Trail (called the Mormon Road after 1848).

President Young directed this group of newly called missionaries to become self-sufficient, to provide a place of rest and security for travelers between California and Salt Lake City, and to teach the Indians the gospel of Jesus Christ. In the heat of the summer, in June 1855, the missionaries arrived at this site. The mission, intended to be permanent, was the first Anglo-American settlement in Las Vegas Valley.

By summer’s end their irrigated gardens were producing fresh vegetables and grains. A new fort was under construction, and a spirit of cooperation and mutual learning was being established with the native inhabitants. They also discovered a deposit of lead ore in the nearby mountains. More missionaries were sent to smelt the complex ore in large quantities, but the attempt was unsuccessful.

On 23 February 1857 Church leaders sent word to the settlement that the mission was to be disbanded. These early pioneers returned to Utah but left a legacy of faith, devotion, and service shown by their willingness to settle in this hostile environment.

The Old Fort is a remnant of the complex of adobe structures built by Mormon colonists in 1855-1856. It served as a ranch until the land was sold to the railroad in 1902. The story of the Fort reflects the growth of Las Vegas as its economy changed from ranching to railroading to gaming. The Old Fort is not the Old Las Vegas Mormon Fort State Historic Park, and is listed on the State and National Registers of Historic Places.