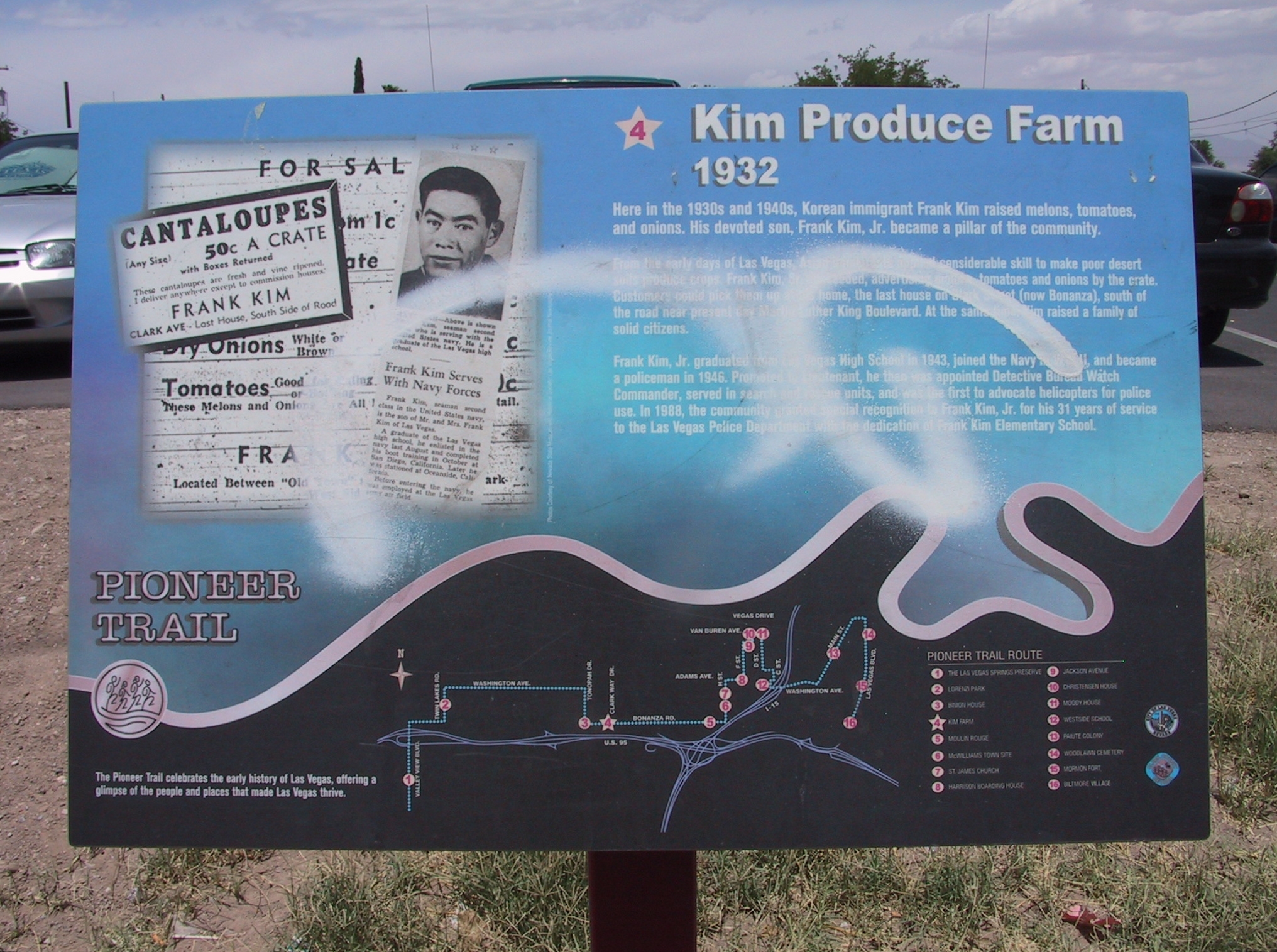 From the early days of Las Vegas, Asian [...] considerable skill to make poor desert soil produce crops. Frank Kim, Sr [...] advertising melons, tomatoes and onions by the crate. Customers could pick them up at his home, the last house on Clark Street (now Bonanza), south of the road near present day Martin Luther King Boulevard. At the same time Kim raised a family of solid citizens.

Frank Kim, Jr. graduated from Las Vegas High School in 1943, joined the Navy in WWII, and became a policeman in 1946. Promoted to Lieutenant, he then was appointed Detective Bureau Watch Commander, served in search and rescue units, and was the first to advocate helicopters for police use. In 1988, the community granted special recognition to Frank Kim, Jr. for his 31 years of service to the Las Vegas Police Department with the dedication of Frank Kim Elementary School.

The Kim farm was one of the only produce farms in Las Vegas during the 1930s and 1940s. Korean immigrant Frank Kim was successful at raising melons, tomatoes and onions in the poor desert soils. Customers could pick up the produce at his home, the last house on Clark Street (now Bonanza), south of the road near present day Martin Luther King Boulevard.