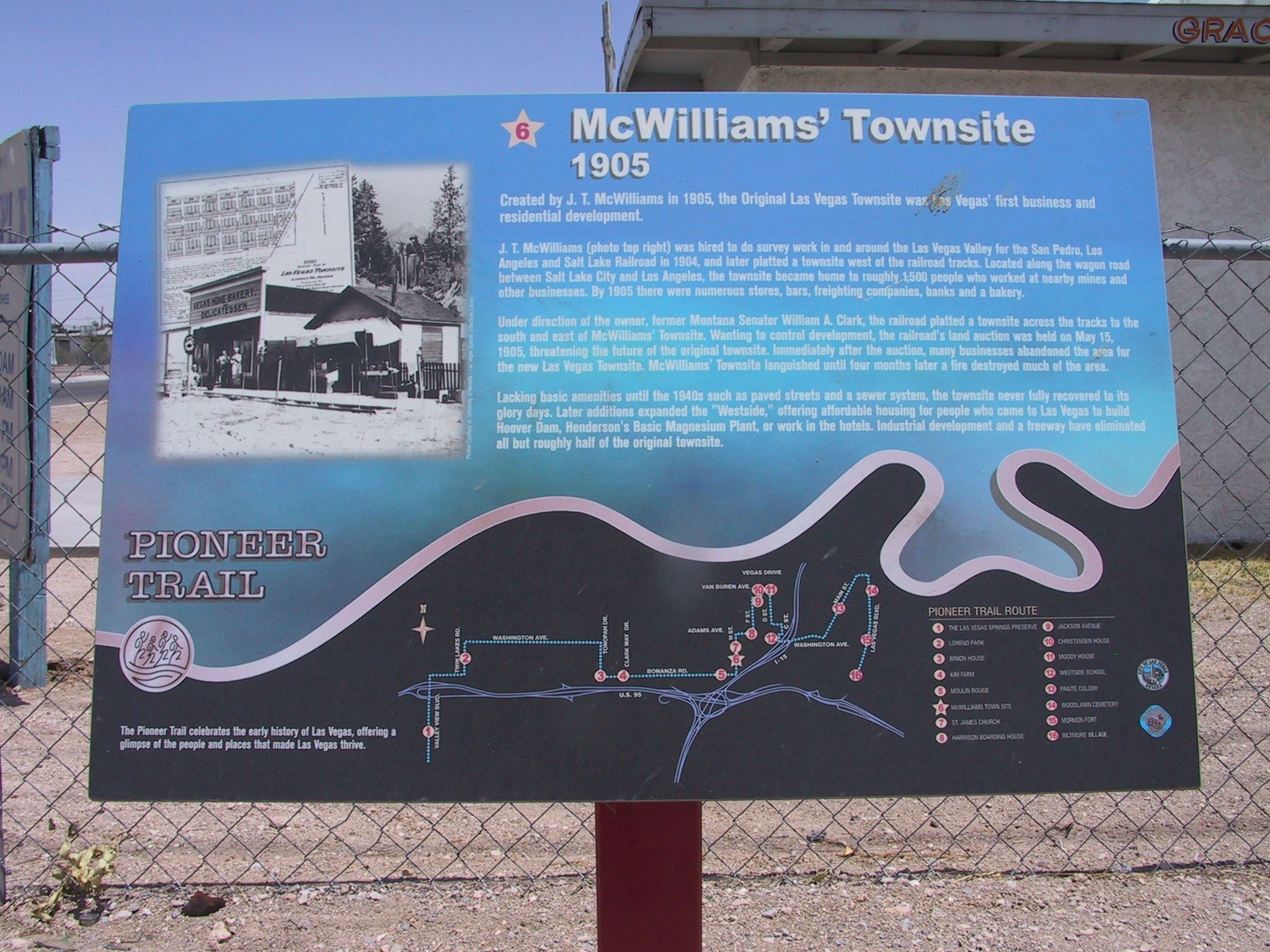 J.T. McWilliams (photo top right) was hired to do survey work in and around the Las Vegas Valley for the San Pedro, Loas Angeles and Salt Lake Railroad in 1904, and later platted a townsite west of the railroad tracks. Located along the wagon road between Salt Lake City and Los Angeles, the townsite became home to roughly 1,500 people who worked at nearby mines and other businesses. By 1905 there were numerous stores, bars, freighting companies, banks and a bakery.

Under direction of the owner, former Montana Senator William A. Clark, the railroad platted a townsite across the tracks to the south and east of McWilliam's Townsite. Wanting to control development, the railroad's land auction was held on May 15, 1905, threatening the future of the original townsite. Immediately after the auction, man businesses abandoned the area for the new Las Vegas Townsite. McWilliams' Townsite languished until four months later a fire destroyed much of the area.

Lacking basic amenities until the 1940s such as paved streets and a sewer system, the townsite never fully recovered to is glory days. Later additions expanded the "Westside," offering affordable housing for people who came to Las Vegas to build Hoover Dam, Henderson's Basic Magnesium Plant, or work in the hotels. Industrial development and a freeway have eliminated all but roughly half of the original townsite.

Created in 1905, the “Original Las Vegas Townsite” was Las Vegas first business and residential development. Located along the wagon road between Salt Lake City and Los Angeles, the bustling townsite was home to roughly 1,500 people who worked at nearby mines and other businesses. Development lagged behind that of the east side of town, and today industrial development and a freeway have eliminated all but roughly half of the original townsite. Few of the original buildings from the glory days remain.

The Las Vegas Review Journal has an article on J.T. McWilliams Here it is.